Launch Your Career in Children’s Media! 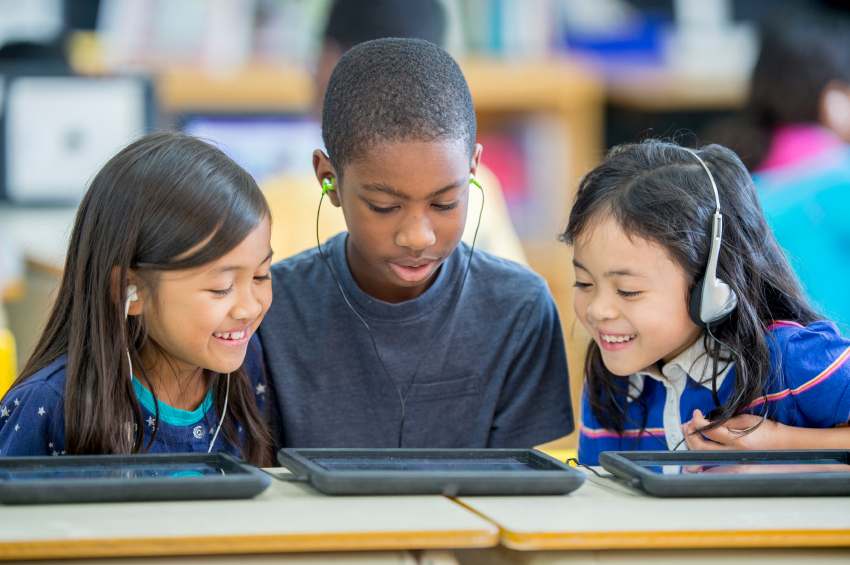 Remember how much you loved Sesame Street? Spongebob Squarepants? Dora the Explorer? Maybe you still do! Have you considered a career in this growing field? Media companies are investing BILLIONS (yes, “B”) in developing new content for this young audience, including apps, games, podcasts, and television. Learn about new opportunities, trends in the field, how to get your start, etc.

*March 22nd date changed due to the weather

Where: The Atrium in Temple University Klein College of Media and Communication

OUT OF THE BLUE Enterprises and Children’s Media Association

Alexandra Cassel is Producer at Out of the Blue Enterprises, and Writer on Daniel Tiger’s Neighborhood. She was formerly the Associate Producer on Super WHY and Writing Coordinator on various series and development projects. Alexandra has written several books for Simon and Schuster including “Daniel Tiger’s Day and Night” and “Look for the Helpers”.

She received her M.A. in Developmental Psychology at Teachers College, Columbia University, and B.A. in Psychology and Media Studies at Colgate University. Alexandra is also the Director of Membership for the Children’s Media Association, a nonprofit organization that connects and supports passionate professionals who create thoughtful and entertaining media for children.

Courtney Wong is responsible for assessing the educational content of Sesame projects across multiple media platforms (e.g., television, web, apps, print).  She also develops and executes studies designed to inform the creation of educational material for children, parents, and educators.

Courtney received her M.A. in Childhood and Youth Studies at The Graduate Center of the City University of New York, and her B.A. in Music-Psychology at Barnard College, Columbia University.

Outside of Sesame, Courtney is also a singer/songwriter of Christian and social justice-related music, and freelance church worship director.

Michael Fragale is Vice President, Education and Children’s Content, at the Corporation for Public Broadcasting. He leads CPB’s strategic education initiatives and content investments. He directs a multi-year, multi-million dollar Ready To Learn grant from the U.S. Department of Education, providing strategic counsel to the management team on operations, compliance, policy, and engagement. He has developed public media grant projects on topics such as early learning, distance learning, dropout prevention, STEM education, and adult literacy.

Fragale is the former Director of Content and Strategy for the PBS Adult Learning Service (ALS). Prior to his work at CPB, he was an academic program manager for SAS Institute, a leading business intelligence and predictive analytics software company.

Fragale began his career as a news writer and associate producer for WHYY-FM, the public radio station in Philadelphia. He is a proud graduate of Temple University, College of Arts and Science.

Ed Greene, PhD, is currently Vice President for Children, Youth and Digital Media Literacy Initiatives within the division Of HITN Learning at the Hispanic Information and Telecommunications Network (HITN) in Brooklyn, New York. He is a former director of educational outreach for HITN’s U.S. Department of Education Ready to Learn Transmedia project (2012-2015). With background and training in child development, early learning, and children’s media environments, his diverse experiences includes roles as an administrative/legislative aid in the Michigan Senate; senior adviser and consultant to Cito, the Netherlands, and its Piramide Approach to Early Learning; and director of global outreach for Sesame Workshop.

Over his forty-year career, Ed has worked directly with infants, toddlers, preschool children, adolescents and families, as well as in a variety of roles and capacities in philanthropic, private and public sectors, and higher education. He is a former elected board member of the National Association for the Education of Young Children, the High/Scope Educational Research Foundation, and American Camp Association.  Ed currently serves as a trustee of the Coalition for Quality Children’s Media, and on the Advisory Board of the McCormick Center for Early Childhood Leadership at National Louis University.  Ed’s passion is focused on building culturally relevant knowledge, skills and professional practices in the digital age.

Meredith Halpern-Ranzer is an Emmy-nominated children’s media executive and Co-founder and Chief Executive Tinkerer at Tinkercast. Launched in May 2017, Tinkercast creates high-quality programming for curious kids and their grown-ups that inspires families to keep their “Eyes Up.  Screens Down. Jaws Dropped.”  Their first podcast, Wow in the World, is distributed by NPR and marks the first children’s program the public radio network has launched in its 47-year history.

Meredith was a key member of the start-up team responsible for building the brand of Sprout, from 2005 to 2015. As VP of Creative and Executive Producer, she led the network’s branding, promotions, and original programming blocks, including Sunny Side Up and The Good Night Show. Prior to joining Sprout, Meredith learned the answer to the burning question of her childhood when she found out how to get, how to get to Sesame Street where she worked for eight years as a producer and editor. She is a founding member and on the Board of Advisors of Children’s Media Association.

Meredith is a constant seeker of WOW in her world with her husband, 9-year-old son and a dog named Shuggie. She loves camping, geocaching, the ocean, and making stuff with her hands.

Strategist, analyst, author, speaker, connector — David Kleeman has led the children’s media industry in developing sustainable, kid-friendly practices for more than 30 years. He began this work as president of the American Center for Children and Media and is now Senior Vice President of Global Trends for Dubit, a strategy/research consultancy and digital studio.
Kleeman is advisory board chair to the international children’s TV festival PRIX JEUNESSE, Board Vice President for the National Association for Media Literacy Education, and on the board of the Children’s Media Association.
Kleeman travels worldwide seeking best practices in children’s entertainment and learning. He has spoken (and listened!) on six continents and writes extensively for varied audiences.

Since joining PBS in 2003, Linda has worked with renowned producers to develop hit shows ranging from DANIEL TIGER’S NEIGHBORHOOD and WILD KRATTS to ODD SQUAD and NATURE CAT. Linda is currently working on the PBS KIDS creativity-themed series, PINKALICIOUS & PETERRIFIC with WGBH, LUNA AROUND THE WORLD with Joe Murray, and several pilots.

Before joining PBS, Linda was Senior Vice President of Original Animation for Cartoon Network, where she oversaw development and series production of “The Powerpuff Girls,” among others. She began her career working for nine years at Nickelodeon, where she helped build the animation department and launch the popular series “Rugrats,” “Doug” and “The Ren & Stimpy Show.”

Linda also teaches Animation History at the University of Pennsylvania.

Makeda Mays Green is the lead user researcher and curriculum specialist for Nick Jr. Games. In this capacity, she creates and implements educational content across digital platforms, including online, video game consoles and mobile devices for Nick Jr. brands (including Dora and Friends, Paw Patrol and Bubble Guppies). She also oversees research with preschoolers to ensure that products best meet the needs of the target audience.

Prior to her role at Nick Jr., Green worked as the director of education & research, digital media at Sesame Workshop (the creators of Sesame Street), where she supported the Workshop’s mission by focusing and examining the potential of current and emerging digital media platforms to deliver quality educational material to children and families.

Event is free, but space is limited!