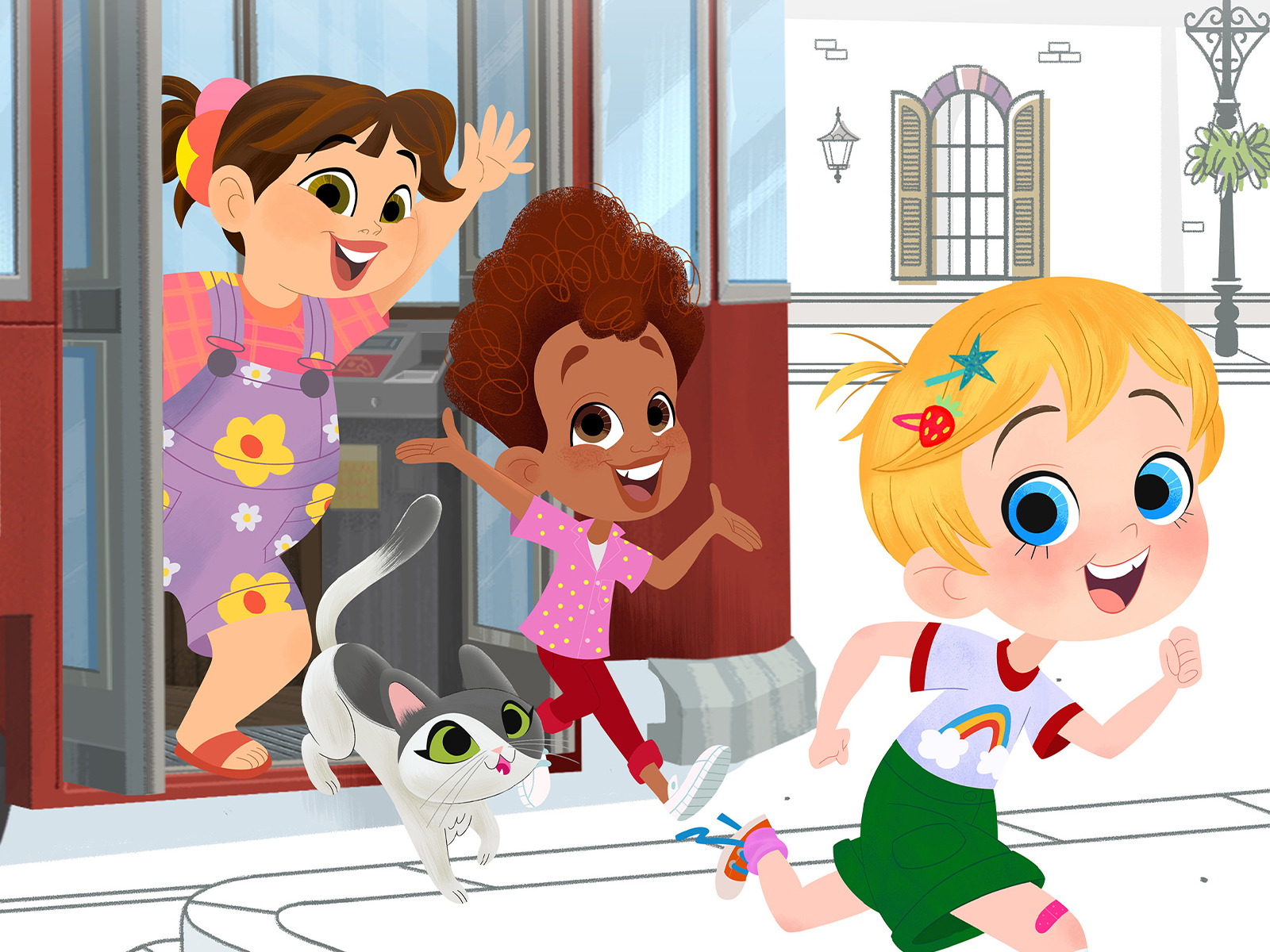 With The Ellen Degeneres Show coming to an end, Ellen has begun to branch out with her deal with Warner Brothers to produce various content with her name on it. Of all of her newest productions, one that stands out iss Little Ellen, an animated kid’s show, with season two having just been released to stream on HBOMax.

Little Ellen marks the first time Warner Brothers has produced an animated series targeting preschool children since the release of Firehouse Tales in 2005. The story of Little Ellen is very loosely based upon Ellen’s childhood, growing up in New Orleans with her grandma. Ellen parades around the city with her two rambunctious friends Becky, who always has what her friends need in her backpack, and Freckles, known for always playing a different instrument.

A key component  of the show is the setting of New Orleans. The show  emphasizes the culture and people of New Orleans with entire episodes focused on cultural events within this community. In one episode we are brought to Mardi Gras, where we see all types of classic New Orleans traditions on  display, such as Mardi Gras masks and King Cakes. In another episode, Ellen, Becky, and Freckles take a food tour of New Orleans, munching on po-boy sandwiches and beignets before heading to the Swamp Festival. Their visit is cut short after they find themselves with upset stomachs after riding the spinning teacup amusement.

Something that I could not shake while watching this show was the lack of diversity within the New Orleans on display in Little Ellen. The show does a lot to honor and portray the rich culture of the city of New Orleans, but one thing that’s missing is the diversity seen within the city. There is one black lead character, but what about the rest of the people they meet? There is  an alarming lack of diversity within this fictionalized version of New Orleans, which is disappointing for a show that wants so badly to portray the essence of New Orleans to the audience .

Despite being called ‘Little Ellen’, a large  portion of the show is fictionalized, having little to do with Ellen’s actual childhood. Outside of the main character’s personality  based off of Ellen, growing up with her grandma, and living in New Orleans, almost everything outside of that is a fictionalization. But, there are definitely elements of Ellen’s personality seen within Little Ellen. For example, we see Ellen do stand up comedy at one point to cheer up her sickly cat. But outside of these small moments most of the show has little-to-nothing to do with Ellen’s true upbringing in Louisiana. For example, the show forgoes including Ellen’s real-life older brother and parents from being included in the show.

Another key draw of the show are the musical elements. Throughout one 11-minute  episode there may be several brief musical sequences from  the lead characters. Whether it be the trio of friends in a dive bar, pretending to be a blues band, or Ellen singing a song to cheer up her sick cat, music is a key component of the show, likely to honor the strong musical culture that exists within New Orleans, on top of Ellen’s love for music. Most of the genres of music on display within the show connect directly with New Orleans culture as the styles of music are always a form of jazz, ragtime, blues, blue grass, and other classic New Orleans style music.

Each episode touches upon a new theme of life, with some episodes starting off with a list of the themes being portrayed in the episode. Each episode touches upon a new emotional developmental lesson, overseen by an early childhood development consultant to ensure accuracy. Each show script goes through a rigorous revision process by childhood development consultant to ensure the lesson at hand is both beneficial and comprehensive to younger audiences.

One episode starts off with the word “optimism” and leads into a story about how Freckles was meant to play trumpet in a parade, but due to inclement weather the parade is canceled. The rest of the episode is spent showing the lengths both Becky and Ellen go to cheer up their friend and make things better for him. The episode ends with Little Ellen bringing the parade inside her home. Freckles can still fulfill his dream of playing the trumpet, and  the town can still enjoy the festivities. This episode teaches kids the importance of optimism in the face of adversity, because without Ellen’s optimism there would have never been a rainy day parade in Ellen’s grandma’s home.

Little Ellen does not bring much new to the kid’s media market in terms of story or animation style, but it does  showcase some important themes for kids to take note of. The main goal of this show is to teach kids about different emotions and perspectives, and to tell them that whatever they feel that is ok. The show executes this through the opening title cards which discusses the themes at play in each episode. While not each episode perfectly executes these lessons, nonetheless, Little Ellen tries to do something for kids that not many other kids shows attempt to do. Little Ellen values life lessons and emotional intelligence more than comedy and entertainment. Seasons one and two of Little Ellen are now available to stream on HBOMax.