(Danielle Vallely) The “Second Screening” session was held in the showroom cinema. This discussion board brought up new ideas that really opened doors for potential opportunities in the future for children’s media. The introduction to this segment showcased a video clip of two tween girls Skyping each other while playing MindQuest on their iPad and watching a dance show on the television screen. This conference exhibited how dominate the media world is throughout a child’s life.

It is virtually impossible to walk down any street and not be bombarded by some form of media. The most prominent cities throughout the world literally represent a mediated image. Screens upon screens are displaying advertisements and graphics to attract the eyes of people around the world. So, imagine seeing this atmosphere from the eyes of a child? It is truly an overwhelming and exciting array of screens that each have something new and entertaining to bring forth.

Children’s eyes are drawn to these graphic images, games and television series because they are constantly being surrounded by them. The “Second Screen” ideal is basically taking this notion one step further by trying to pair up the iPad and television screen. Rather than playing the Candy Crush Saga, while watching American Idol, why not incorporate an American Idol interactive app for the iPad? This idea is attempting to create a simultaneous act that involves a synchronized engagement within two forms of media.

“Second Screen” is attempting to create an atmosphere that encourages children to play along with the television show, rather than simply playing on the iPad at anytime. Orignally, the iPad provided an endless form of play, but now a migration toward a connected experience with the television set is taking hold. The question then comes into play as to how to keep the child’s focus on both screens. Creators of this theory believe that audio is key to making “Second Screen” truly excel. Meaning, create loud, entertaining forms of audio within the app that trigger children to look down at the app at specific times throughout the show that require their engagement.

This development is still underway and I can foresee much controversy being created over this device, due to media multitasking already being under scrutiny. For “Second Screen” to really take flight each television series will need to balance appropriate levels of educational value, as well as not extending the amount of time a child sits in front of the screen. 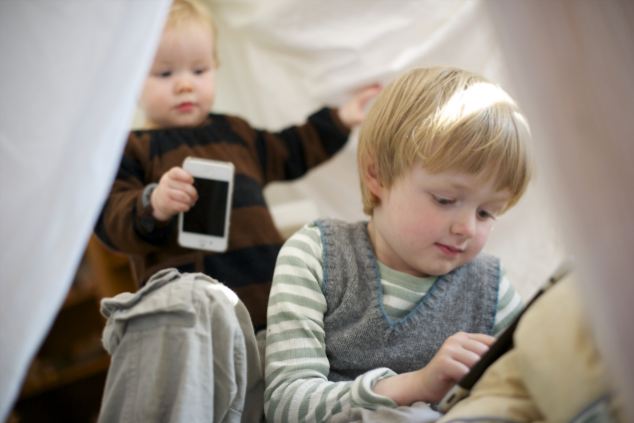 We are developing plans for this year's Children's Media Career Symposium, held on April 7th! In the meantime, check out last year's symposium! Click me!

Get to know the UNESCO MIL Alliance International Steering Committee

Meet the ISC! The International Steering Committee (ISC) of UNESCO’s Global MIL Alliance has released a booklet sharing information about the elected leadership and mission. The ISC serve as advisors to UNESCO regarding MIL activities. Sherri Hope Culver currently...

Experience the Children’s Media Industry in Los Angeles This Summer