BBC vs PBS: Who works better? 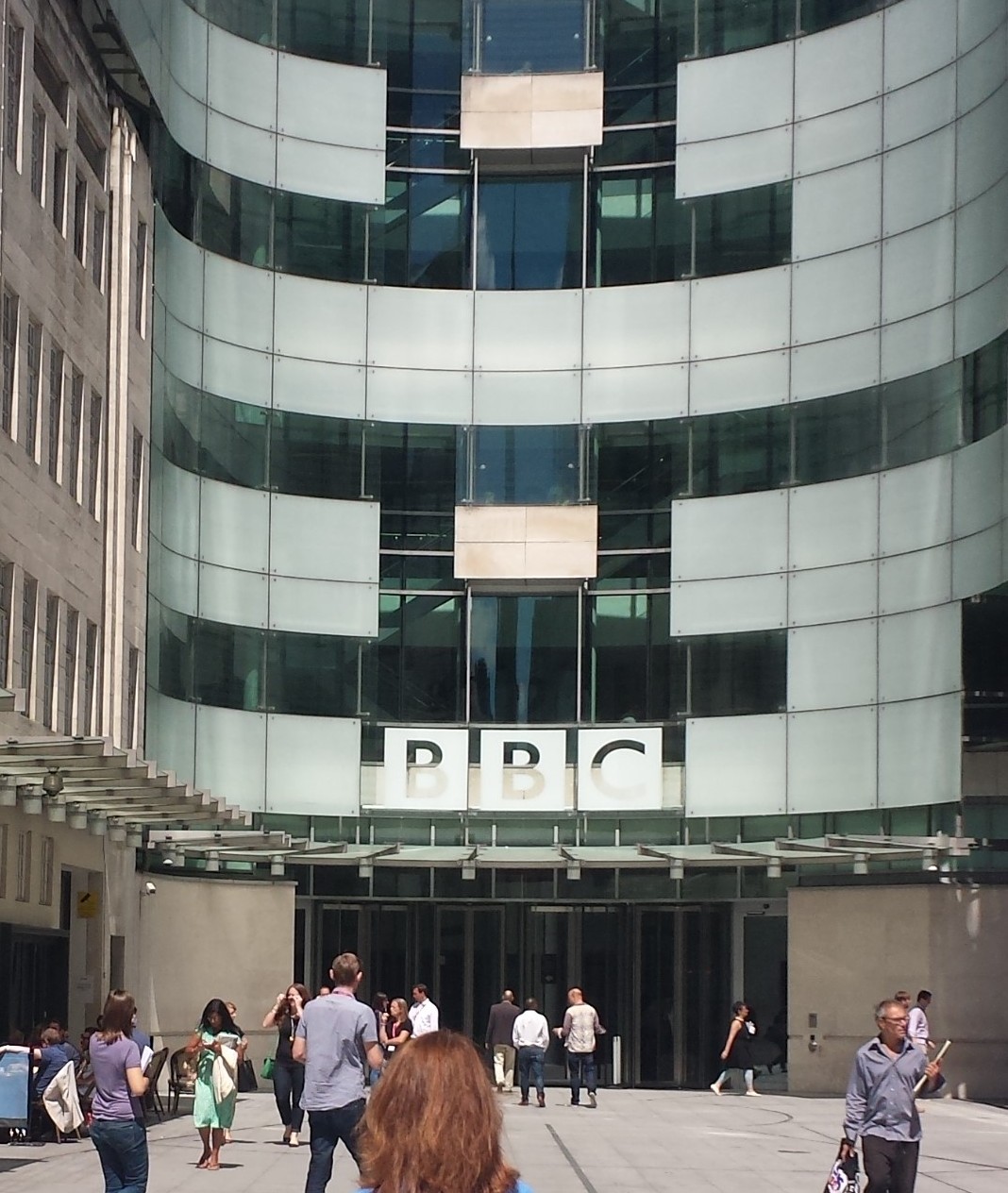 (Patrick Whalen) On Monday we took a trip to the BBC and had a meeting with Kevin Blacoe who is the senior adviser at BBC for policy, public affairs and communications. During our meeting with Kevin he talked about his education, previous work experience before coming to the BBC, as well as what he does under his title at the BBC. I found him to be pretty interesting especially the fact that he went to Temple for a semester.
After that we then went on a tour of the BBC and learned about and saw the various parts of it. We walked around and saw how each one functioned which was very fascinating. I really liked learning how both the TV part and the radio part worked in their own respects and the vast differences between the two. I also enjoyed seeing the large number of people that were working hard while we were walking around and just seeing how they use all that hard work to create what the BBC puts out. The interactive parts of the tour were also a lot of fun.
Before heading to the BBC there was some reading that was required in which I gained some new knowledge. I did not know anything about the BBC prior to the trip so it was interesting reading about it. Upon this reading as well as the tour I realized some differences between BBC and US media/public media.
1. Once major difference is the size. The BBC is huge compared to any US media companies. For one it has BBC 1, 2, 3 and 4. No company in the US has 4 consecutive channels that are also the first 4 when you turn on your TV.
2. A second difference is how BBC funds their shows. This is vastly different than any public media company in the US, one for example is PBS. PBS makes their money through donations, grants and fundraising while in the UK there is a £150 a year tax which every household with a TV must pay. This provides them with a much greater amount of funding than PBS and other US companies.
3. Another difference I realized while reading about the BBC as well as spending time in London is seeing how much people really love the BBC. People pay a tax every year to fund the BBC and don’t fight it which shows how much they like the content they are given. In my opinion, this would not be something that would go over well in the US. I believe that people would complain about having to pay for it or they would all be making different demands if they are paying.
Overall the BBC trip was a great experience in which I not only learned a lot about the BBC and UK media but also learned more about US media at the same time.