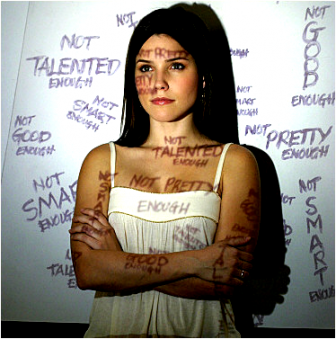 What do you see when you watch TV? Or a movie? Well, that probably depends on who you are. Research shows that we’re more likely to take note of things that DON’T reflect our lives, our world. When TV or movies reflect our world, or the actors look like us, it all just “fits” and we get absorbed in the story. So, if you’re male, what I’m about to say might not resonate with you. But if you’re female, you might feel differently. Because television and films reflect more male characters, in more male dominated situations, they’re directed by men much more frequently, and supported by male studio executives most of the time. In short, the TV and movie businesses are male-dominated industries. Even Angelina Jolie, the highest paid female actor, made $33 million in 2013  (nothing to turn our noses up at), but that was roughly the same amount as the two lowest paid male stars in Hollywood. (according to the Women’s Media Center) On today’s episode of Media Inside Out we’ll consider the impact of this reality; on the audience, on the content, and on society.

Clarissa Brodkin, a Temple student majoring in theater and film who hopes to pursue a career in acting after graduation.