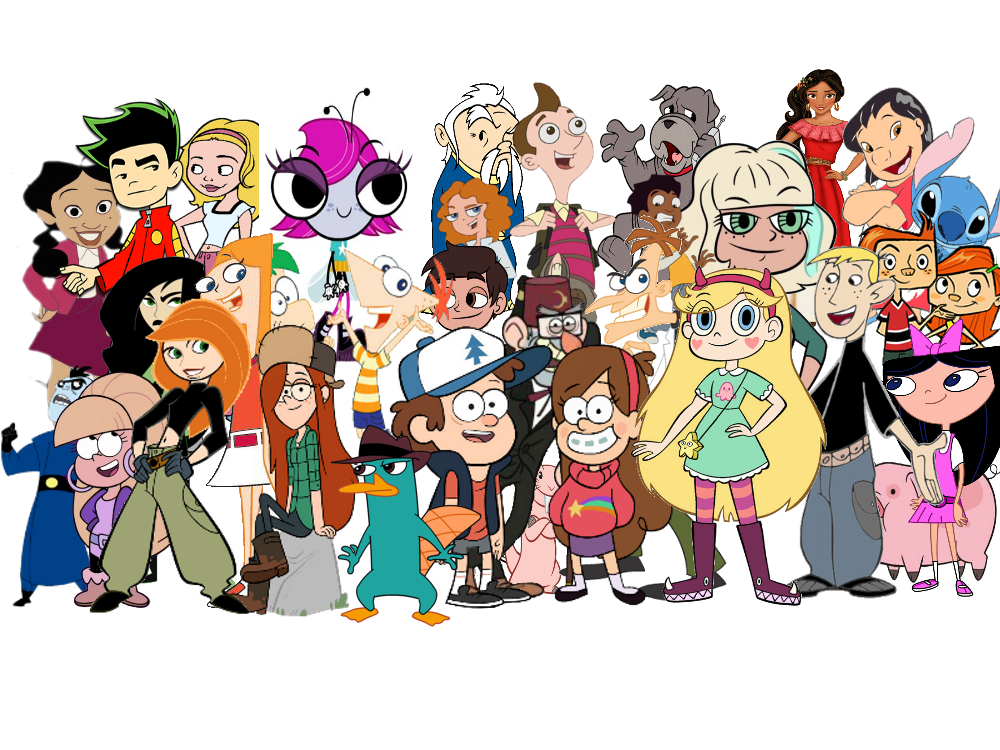 On Thursday, April 11, a group of children’s media experts spoke at the second Children’s Media Career Symposium. The evening included a panel focused on trends in children’s media and a second panel focused on career opportunities in the industry. Discussions were followed by questions from the audience and networking time in which students could engage with the children’s media professionals. Over one hundred people attended the event. The event was recorded by Temple TV and will be made available on this webpage shortly.
.
Appearing (left to right), Meredith Halpern-Ranzer, Emily Sutter, Erica Branch-Ridley, Makeda Mays Green, David Kleeman, LaToye Adams, Linda Simensky, Shabnam Rezaei, Sherri Hope Culver, and Joey Egger.

…
David Kleeman // Senior Vice President, Global Trends at DUBIT InternationalStrategist, analyst, author, speaker, connector — David Kleeman has led the children’s media industry in developing sustainable, kid-friendly practices for more than 30 years. He began this work as president of the American Center for Children and Media and is now Senior Vice President of Global Trends for Dubit, a strategy/research consultancy and digital studio.Kleeman is advisory board chair to the international children’s TV festival PRIX JEUNESSE, Board Vice President for the National Association for Media Literacy Education, and on the board of the Children’s Media Association. Kleeman travels worldwide seeking best practices in children’s entertainment and learning. He has spoken (and listened!) on six continents and writes extensively for varied audiences.
You can find David @dkleeman on Insta and @davidkleeman on Twitter. He also welcomes students to join  the “Children and Media Professionals” group on Facebook.
…
Meredith Halpern-Ranzer // Chief Executive Tinkerer at TINKERCASTMeredith Halpern-Ranzer is an Emmy-nominated children’s media executive and Co-founder and Chief Executive Tinkerer at Tinkercast. Launched in May 2017, Tinkercast creates high-quality programming for curious kids and their grown-ups that inspires families to keep their “Eyes Up.  Screens Down. Jaws Dropped.”  Their first podcast, Wow in the World, is distributed by NPR and marks the first children’s program the public radio network has launched in its 47-year history. Meredith was a key member of the start-up team responsible for building the brand of Sprout, from 2005 to 2015. As VP of Creative and Executive Producer, she led the network’s branding, promotions, and original programming blocks, including Sunny Side Up and The Good Night Show. Prior to joining Sprout, Meredith learned the answer to the burning question of her childhood when she found out how to get, how to get to Sesame Street where she worked for eight years as a producer and editor. She is a founding member and on the Board of Advisors of Children’s Media Association. Meredith is a constant seeker of WOW in her world with her husband, 9-year-old son and a dog named Shuggie. She loves camping, geocaching, the ocean, and making stuff with her hands.

You can find more information about Wow in the World by finding @wowintheworld on Facebook, Insta and Twitter.

As Vice President of Children’s Programming at PBS, Linda Simensky collaborates with producers, co-production partners, PBS station programmers, and distributors throughout the development, production, post-production, and broadcast phases for PBS KIDS programming. Since joining PBS in 2003, Linda has worked with renowned producers to develop hit shows ranging from DANIEL TIGER’S NEIGHBORHOOD and WILD KRATTS to ODD SQUAD and NATURE CAT. Linda is currently working on the PBS KIDS creativity-themed series, PINKALICIOUS & PETERRIFIC with WGBH, LUNA AROUND THE WORLD with Joe Murray, and several pilots. Before joining PBS, Linda was Senior Vice President of Original Animation for Cartoon Network, where she oversaw development and series production of “The Powerpuff Girls,” among others. She began her career working for nine years at Nickelodeon, where she helped build the animation department and launch the popular series “Rugrats,” “Doug” and “The Ren & Stimpy Show.” Linda also teaches Animation History at the University of Pennsylvania.

Erica Branch-Ridley is a two time Emmy winning VP, Executive Producer at HITN Learning.  She oversees multi-platform approaches to learning. Her work combines touchscreen apps, games and streaming media with traditional learning methods, to address the academic and socio-emotional needs of young Hispanic children and their families.  Before joining HITN, Erica worked at Sesame Workshop, where she led the digital strategy for The Electric Company and went on to serve as Vice President of Production for Sesame Learning in-schools pilot initiative. Erica spent many years at Viacom as Senior Producer, for Nickjr.com where she created the very first fully interactive experiences for Dora the Explorer, Blues Clues, Little Bill and many other notable kids shows.  In addition, she was the Senior Director of the TV Land/Nick at Nite Digital Group. Erica’s television industry work includes positions with CBS-NEWS, WNBC, and Black Entertainment Television, where she created and produced the National Education Association award-winning children’s storytelling show STORYPORCH, with Maya Angelou.

LaToye Adams is a researcher and consultant. At WonderWhy Consulting, she drives a youth-centered design process by integrating formative research throughout the production lifecycle for television content and educational technology. Throughout her career, LaToye has worked with teams at Nickelodeon, Michael Cohen Group, Sesame Workshop and Google. Her research has informed the development of products such as a virtual reality field trip app, an interactive storybook reader, as well as educational preschool series including Nickelodeon’s Bubble Guppies. She was a recipient of the Fred Rogers Center’s Early Career Fellowship and had the great joy of serving as the 2016-2018 National President of the Children’s Media Association.
…
For more information on WonderWhy Consulting, and for positions and internships available, visit https://www.wonderwhyco.com/joinus. Follow LaToye on Twitter and Instagram @latoyeadams.
Makeda Mays Green // VP of Digital Consumer Insights at Nickelodeon…

Shabnam Rezaei started Big Bad Boo Studios to make quality cartoons. Shows include ’16 Hudson’ (TVO Kids), ‘Bravest Knight’ (Hulu), ‘Mixed Nutz’, ‘Lili & Lola’ and ‘1001 Nights’ (Teletoon), which air in 80 countries. Based in NYC and Vancouver, the company has an SVOD channel called Oznoz that serves cartoons in various languages. With a BS in Computer Science, a BA in German Literature from UPenn, and an MBA from NYU, Shabnam started her career on Wall Street. She was born in Iran, grew up in Austria and is raising her girls trilingual.

Follow Shabnam on Twitter and Insta @shabnamrezaei. For more information on Big Bad Studios, visit @bigbadboostudios on Insta and @bigbadboo on Twitter. Internships at Big Bad Boo Studios are available at both the NYC and Vancouver offices for summer internships. Applications are accepted from April 24th – May 24th. Internships are paid. 2 positions will be open in each office and are very competitive. If interested, please send your resume to alex@bigbadboo.com

Emily Sutter is the National President for the Children’s Media Association—a non-profit that connects professionals from coast to coast, shaping the future of thoughtful children’s media and educating members of the industry. Emily has taught media- and art-making to kids and teens in NYC for the past 10 years. She recently managed #MetKids, The Metropolitan Museum of Art’s award-winning website made for, with, and by kids. At the museum, Emily led strategies to produce and promote kid-friendly web content to introduce kids to over 5,000 years of art. Throughout her career, she has sought to make the visual arts accessible to youth through the incorporation of storytelling and digital technologies. Emily holds an MA in Art Education and a BA in Anthropology from NYU. In her free time, she makes pancake art for her 3-year-old.

Joey Egger // Managing Director, Two MoosJoey Egger heads up Two Moos, a digital studio crew made up of marvelous kids content specialists, outstanding engineers, stunning creatives, exceptional artists & animators and a veritable selection of smelly pets. We love creating games, innovation experiences and content for kids of all ages with leading kids’ media companies including PBS KIDS, Sesame Workshop and Disney, and have collaborated with amazing tech companies like Qualcomm and IBM. Whether it’s an app, an adaptive learning game or VR/AR, we collaborate across projects and prototypes, and compete for most delicious cupcake recipe and evilest mechanical keyboards. Previously, Joey worked around the world focusing on digital kids content, including Sesame Workshop in New York (Elmo!), ABC Kids in Australia (Bananas!), Snap Media in Canada (Degrassi!), and if we go way, way back, as an ESL teacher for preschoolers in Japan (かわいい!)

The full report and video from the 2018 event can be found here!