Violence on Screen in Russia & the Youth

Violence on the Russian & American Media Screen and Youth Audience is an article written by Alexander Fedorov from 2003.

This paper analyzes violence in society and how it may be connected to the presentation of violence in the media. See below for an excerpt from the article.

“Violence is an increasing problem in modern society. “If in the USSR in 1989 639 crimes were committed per 1000 residents, 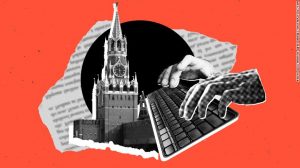 then in 1999 more than 2000 crimes were committed”. Murder Rates in Russia (1995) were 3.1 times higher than in United States, the increase of violence among Russian youngsters is extremely dangerous (about 32,000 of Russian teenagers commit a violent crime every year). Most Western research concerning violence in the media suggests that there is a connection between presentation of violence in the media and violence in society.”

Alexander Fedorov is a Russian scientist, teacher, media education specialist, film critic. He completed his Ph.D. dissertation about media education at the Russian Academy of Education. For more information on his work click here.