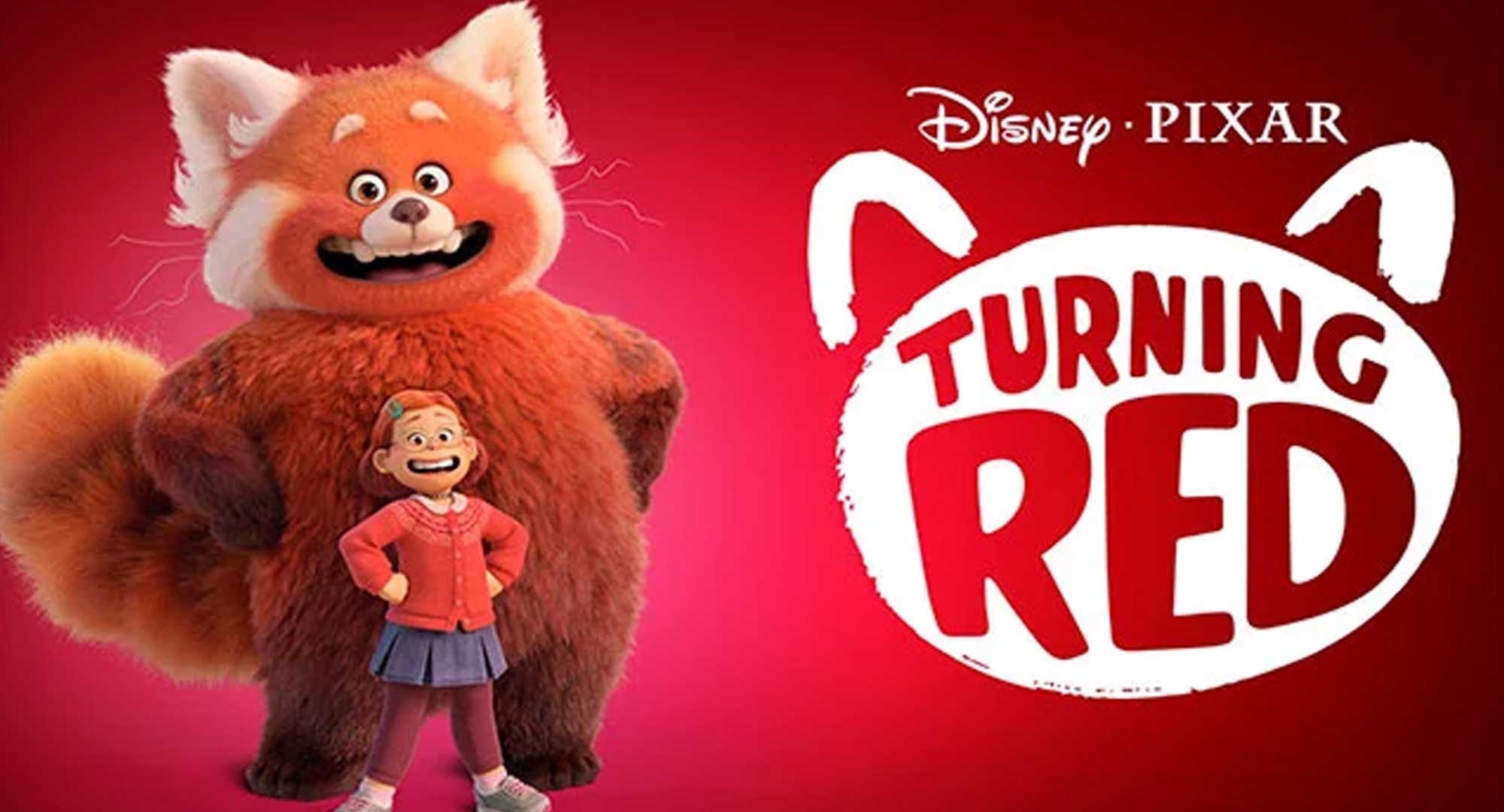 Pixar released their most recent collaboration, Turning Red, straight to their streaming service Disney+ on March 11th. The story takes place in Toronto in the early 2000’s and follows the story of preteen Meilien “Mei” Lee as she traverses eighth grade. On top of navigating eighth grade Mei must also deal with her overbearing mother, and turning into a giant red panda anytime she feels any sort of an extreme emotion. Mei discovers she can turn into a red panda as a “gift” passed down from her ancestors to all of the women in her bloodline. Mei struggles to come to terms with this new side of herself. Her red panda-self is both the life of the party but can also be reckless and uncontrollable. As if turning into a giant panda  weren’t enough, Mei has to navigate being in eighth grade, having crushes on boys for the first time, and dealing with  a mother who places extreme expectations upon her shoulders.

The story touches upon themes of puberty/adolescence, overcoming struggles with those close to you, generational trauma, and managing your emotions, which the film tackles in an endearing and entertaining fashion. Mei’s transformation into a red panda represents coming of age, breaking away from your adolescence, and the struggles that come with it.

When the film begins, Mei is just starting to  realize  the changes happening to her body.  The narrative about this ‘change” is girls getting their periods for the first time. We see her parents freaking out over their daughter getting her period, her mother running to purchase pads and other period-related items, and her father running and hiding from her. As a longtime Pixar fan, it was practically mind blowing for me to see a Pixar film so openly tackle this subject, let alone to hear the word “period” and “pad” uttered in a Pixar movie.

Turning Red pushes the narrative for Pixar’s usual coming of age story. For example, Pixar recently released Luca, a very tame, heartwarming, small world story about two young human-fish hybrid boys discovering themselves in the Italian countryside (see blog post from (02/04/22). The experiences these two boys faced were relatively mild, and had little to do with the actual struggles kid’s face at the age of 12. But, Turning Red had no problem tackling coming-of-age subjects through the lens of a preteen girl who turns into a gigantic red panda. One  scene that  exemplifies this is when Mei gets a crush on a teenager who works at her local convenience store. Mei becomes enamored with him. In a heated  moment, rather than doing her schoolwork, she sketches fantastical images of her and her crush kissing all over her notebook,  while  hiding underneath her bed. Her overbearing mother rushes into the room, and is horrified to find these scandalous drawings in her notebook. She quickly rushes down to the convenience store to tell Mei’s crush to never come near her again. This leads to a huge fight between Mei and her mother, a fight that eventually erupts the inner red panda within Mei. This fight personifies the angst kids can feel when going through puberty.

Turning Red contains realistic scenes surrounding the teenage coming of age experiences we all face, Pixar does not back down or dull down these scenes for their young audience. The film chooses to not sugar coat these experiences, making this movie all the more valuable for younger audiences, as it opens the door to a healthy discussion with their parents about the teenage experience.

Another aspect of Turning Red is the spotlight it shines on Asian culture. The story takes place in Chinatown in Toronto, and does a lot honor Chinese culture. The film features a truly diverse cast, with Mei’s friend group reflecting kids of different racial and ethnic backgrounds, and the people within her community also being of different ethnicities and backgrounds. Details throughout the film pay homage to chinese culture, from the food Mei’s mother cooks for her and her friends,  to the wildly funny cast of Asian “aunties” who come in to save the day,  to the importance of the red panda.

It has been a long time coming for Pixar to finally dive into the not so glamorous sides of puberty, and they tackled it in such a heartwarming way that it brings me hope for the future of kids entertainment. This movie paints a sympathetic and realistic look at the coming of age many kids face when going through puberty. Turning Red feels like the start of a new era within the world of Pixar, where stories are created to reflect real life experiences kids face, and I cannot wait to continue to see the diverse stories they continue to take on.