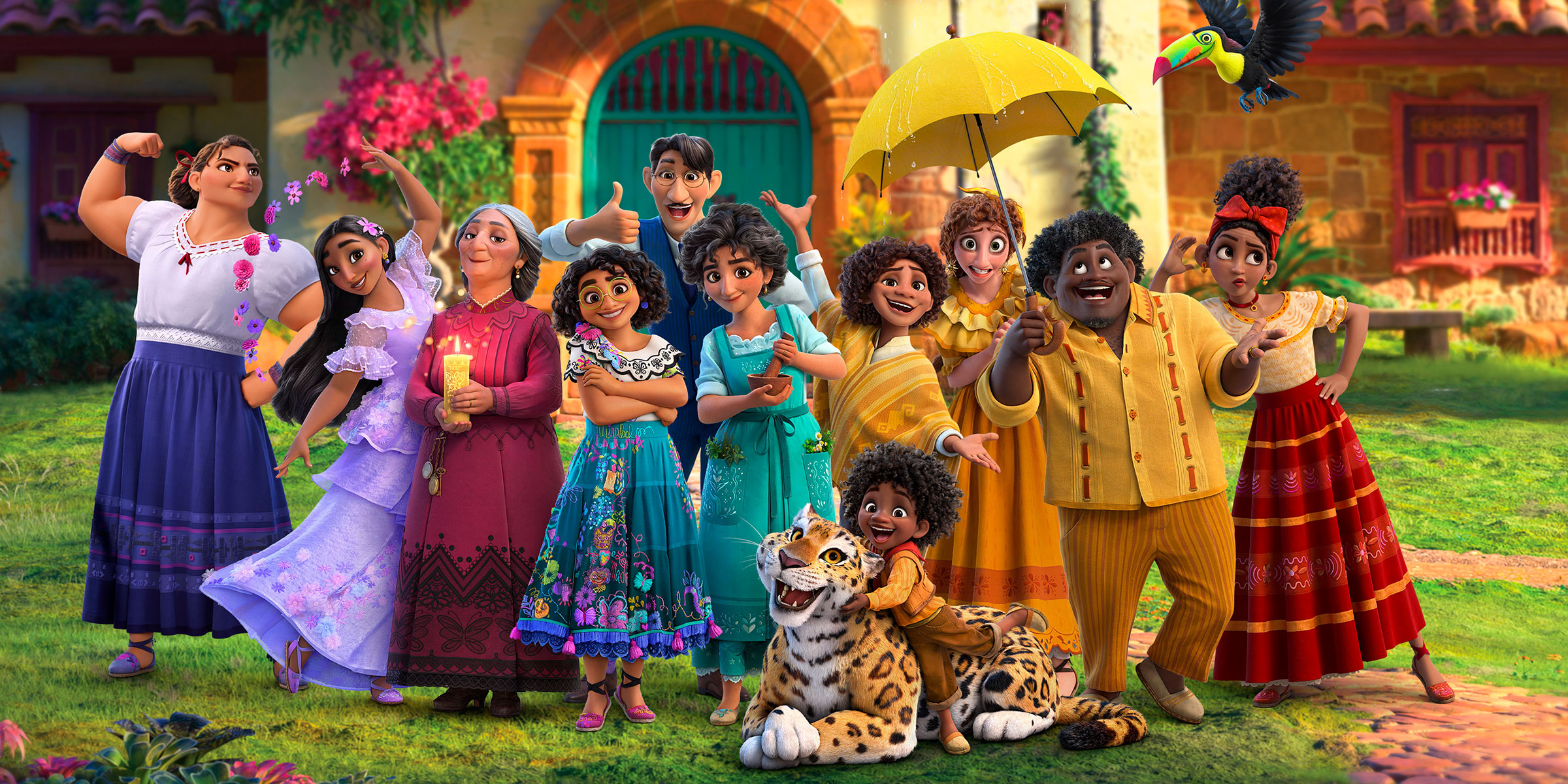 This past Sunday night Encanto, Disney’s latest animated musical, took home one of the most coveted awards in both the film and animation industries, “Best Animated Feature”, at the Oscars. The movie has been a mega-hit for Disney, being praised for its representation of Colombian culture, music, and animation style. Having been streamed for over 1.4 billion minutes across the Disney+ platform in it’s opening week, Encanto has taken the world by storm.

Encanto follows the story of Mirabel, living in a magical multigenerational family household, with her aunts, uncles, sisters, grandma, and parents. They all  have magical powers, except for her. Each person within their family since then has been granted different magical powers, ranging from shape shifting to supersonic hearing to the power to make plants grow. But, when the time came for Mirabel to claim her very own magical powers during a special ceremony, her powers never came. Since then, Mirabel g has lived her life in the shadow of all of her family members,  unable to live up to their high expectations without a magical gift, living in her ‘perfect’ sisters shadows.

The story opens years after Mirabel has failed to obtain her magical powers. It is the day when her younger cousin is meant to claim his very own magical powers. As the magical ceremony grows nearer, Mirabel’s family gets more and more nervous, worried that history may repeat itself. The matriarch of the family, Mirabel’s abuela, grows so nervous she asks Mirabel not to attend the ceremony. As the ceremony progresses, Mirabel suddenly sees a vision of her family’s home cracking and falling apart. She believes this is, a prophecy of what could soon become of them if her family continues to reject her for her lack of magical power. Mirabel sets out on a journey to discover the cause of these dark visions, which ultimately results in her family growing further apart before they all come together in the end.

The animation style on display within Encanto is colorful and eye-popping, representative of Colombian Culture. The music, characters, and village in Encanto are vibrant, bubbly, and full of life. In almost every scene there is something for your brain to latch onto, whether it be a catchy song, or an  energizing musical sequence, or the stunning home design within the movie. It is clear why younger audiences have latched onto this movie, as not only does it feature a relatable and captivating story, but the visual and musical elements of the movie demand that the audience keeps  their eyes peeled to the screen at almost every moment.

On top of shining a light on the rich culture  of Colombia, Encanto h features a cast of Black, Afro-latino,  and Latinx people. But, that is just in front of the camera. Behind the scenes,  it is important to note that no one on the writing-directing team is of Colombian heritage. So, while the movie does its best to honor Colombian culture, it is troublesome to note that  no one who directly wrote or directed on the project came from the country of Columbia.

A huge element of Encanto’s success comes from the hit song, “We Don’t Talk About Bruno”.The song has sat at the top of the Billboard music charts for over 5 weeks, making it the second Disney animated feature to climb the charts since “A Whole New World” from Aladdin. On top of climbing to the Billboard top 200 charts, the song also broke barriers for Disney and became their first song to sit at the number one spot on the Hot 100. On top of its chart-topping success it also became a pop culture phenomena through TikTok.

Encanto deals with important themes of familial acceptance, embracing differences, and empathy. It is chock full of valuable lessons for audiences to take in, like the importance of accepting those you love for whoever they are, or being willing to never give up, even if those around you do not support or understand you. The movie packages these lessons in classic Disney fashion with colorful imagery, an easy to track narrative, and chart-topping songs that are sure to bounce around in your head for weeks after seeing the movie.