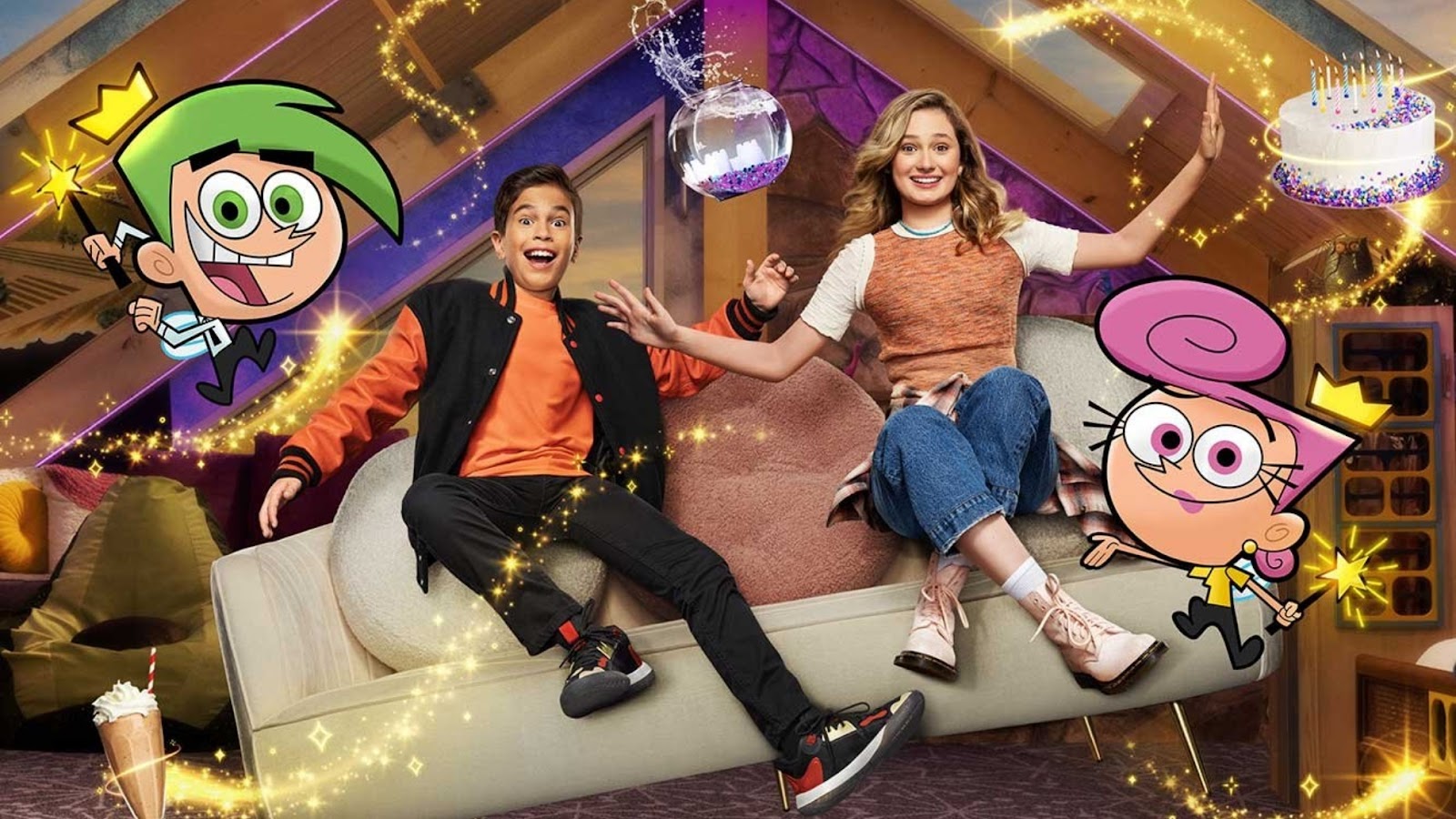 Growing up, one of my absolute favorite cartoons was The Fairly Oddparents (2001-2017), the wacky comedy and colorful animation, mixed with wish-granting fairies was everything I loved in a television show as a child. When Paramount+ (the streaming service home to all of Nickelodeon’s content) decided to take a spin at rebooting the show I was intrigued. It is clear after the success of the iCarly reboot, Paramount was hoping to have another winner in their vault of television programs from the past. Finally it happened! On March 21st the streamer released Fairly OddParents: Fairly Odder, a live-action continuation of the classic cartoon.

The story picks up as Timmy Turner (the lead of the original series) heads off to college, and hands off Cosmo and Wanda, his fairly oddparents, to his little cousin Viv.  As a longtime viewer it was painful to see how quickly they dismissed Timmy, Cosmo, and Wanda’s relationship. Although I realize this is a new version of the series, plenty of longtime fans of the series will be tuning in. To see the story so quickly brush off Timmy’s relationship with Cosmo and Wanda felt like a failed attempt at making amends with the original program.

As a childhood fan of the show, something I struggled with in watching this reboot was how quickly the writing dismisses Timmy’s relationship with both Cosmo and Wanda. Within the first 10 minutes of the show Timmy hands off his fairy godparents to Viv, and the trio barely bat an eye at one another as they say their final goodbyes. What is most frustrating about this is that the show creators must know a huge amount of their audience tuning into this reboot will be fans of the original show, so to see this classic trio come to an end in such an anticlimactic and borderline depressing manner was more than upsetting. Fairly OddParents: Fairly Odder replaces all of the wacky cartoon charm with half baked jokes and less than inspired plotlines, leaving quite a bit to be missed for long term fans. And, as a kids show, it brings nothing new to the table and lacks that over the top silly charm that the original program held.

The crux of this reboot is that while Cosmo and Wanda are being given “guardianship” over Timmy’s cousin, Viv, Viv’s new little step brother, Roy, stumbles upon the two fairies. Once the two fairies are caught by Roy, they must also become his fairly oddparents. This relationship between Viv, Roy, Cosmo, and Wanda becomes the focus of the show, with plenty of drama ensuing as the two siblings ping pong their wishes back and forth. The two siblings  walk a fine line throughout the series, using their wishes to both help and hurt one another as their relationship dynamic ebbs and flows episode-to-episode.

Fairly OddParents: Fairly Odder works hard to adapt to a new age in the zeitgeist. Many of the jokes made on the show are calculated to comment on the state of the pop culture. Characters use the word “bestie” constantly (the term has gained popularity on the internet amongst younger generations), there are jokes about Olivia Rodrigo (a rising gen-z star), and there’s an entire episode about a song that puts people in a trance like state that sounds extremely similar to the hit song, “Baby Shark”.

A majority of these jokes feel more like failed attempts to be relatable to middle schoolers  than fully formed jokes, even for a kids show. The show often feels as though it is unsure who its target audience is, it lacks the slapstick comedy of the original  making it feel like it’s for a more grown audience, but it is difficult to imagine anyone tuning into the show who didn’t experience it during its hey-day. Whereas the iCarly reboot spoke directly to it’s original viewers, Fairly OddParents: Fairly Odder struggles to find its footing, unable to provide a clearcut reason to  watch, and instead feeling like a cash grab by Nickelodeon to maximize an existing television program.

All 13 episodes of Fairly OddParents: Fairly Odder are available to stream on Paramount+.