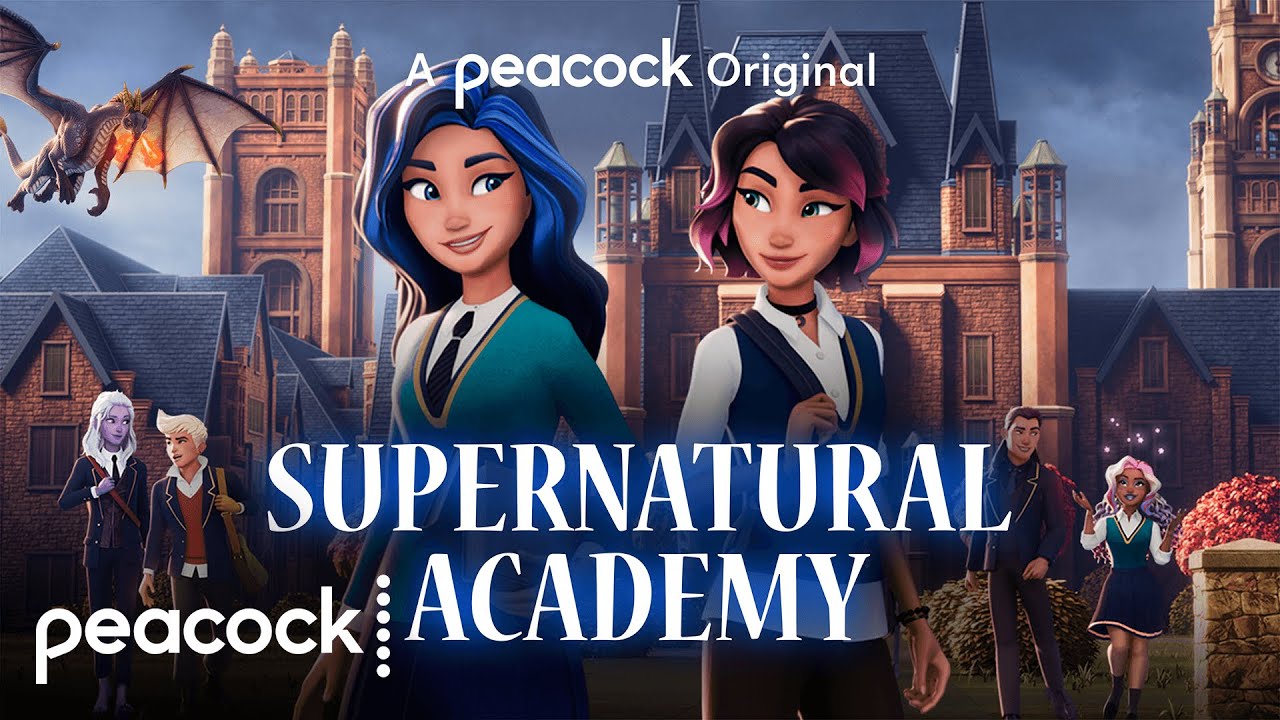 For so long stories of witches, wizards, and werewolves have clouded children’s minds. Supernatural Academy the new show on Peacock, NBCUniversal’s streaming service, taps into these classic mythologies through the lens of a diverse, magical academy. The series is based on the popular young adult book series of the same name, written by Jaymin Eve. Supernatural Academy follows two teen girls, Mischa and Jessa as they traverse teenhood and their own magical existences. Mischa is the popular girl at Supernatural Academy. She has the power to turn into a werewolf whenever she chooses and is widely known at the school because she is the headmaster’s daughter. Meanwhile, Mischa leads a seemingly normal life in New York City. She lives with her single mom and loves spending time with her best friend. But, Mischa’s life turns upside down when her mother returns home from work and tells her they have to leave the city because they are being hunted by “evil forces”. Mischa’s mother brings her to the Supernatural Academy and tells her that she is a werewolf and was separated from her sister and father at birth, who happen to be Jessa and the headmaster. The series dives into this clashing of worlds between two newfound sisters as Mischa struggles to leave the human life behind and Jessa struggles to accept her opposite half. They both attempt this  while still dealing with classic teenage struggles.

Supernatural Academy is  promoted as a “family” show on Peacock. I went into this program expecting it to be a show targeting  younger audiences, since I had no knowledge of the book series. In reality, this is a show meant for middle grade audiences. The show often uses explicit language (such as?), discusses politics (within the magical world), and uses a higher level of vocabulary than seen in shows for younger children.  Viewers see teens kiss and flirt on the show and there is  mild violence on display as the supernatural teens fight against evil.

The show is serialized, meaning plot points extend over the course of multiple episodes, rather than  a singular formula  often seen in kids shows where a story is  told over within one episode. he overarching plot line of the first season is about being “Dragon-Born”. The two sisters are cursed by the Dragon King and must serve him while dealing with their own differences. Over the course of the season this curse ends up being the thing that brings the two sisters together.

The show tackles themes of being the outcast, as we see Mischa intensely struggle being the new girl at Supernatural Academy, grappling with the loss of her old life while also trying to acclimate to her new life and supernatural powers. There are also lessons about being able to control oneself ,  since the teens at the academy often struggle with controlling their powers in the face of typical teen heated emotions.

One of my favorite aspects of Supernatural Academy is the way in which diversity and representation are shown on screen. Supernatural Academy is portrayed as an extremely diverse school (outside of the aspect that witches, werewolves, and mermaids attend school there). The main characters are Latinx and lived with single parents for a majority of their life. During scenes in the show that take place on campus you can see girls kissing boys and boys kissing boys in the background, or students in wheelchairs headed to class, or racially diverse groups of friends talking with one another. The focal point of the show isn’t its diversity, but seeing it integrated so  effectively helps capture the diversity of life at Supernatural Academy and was a welcome aspect of this program.